Perseverance paying off for older rookies in the WNBA 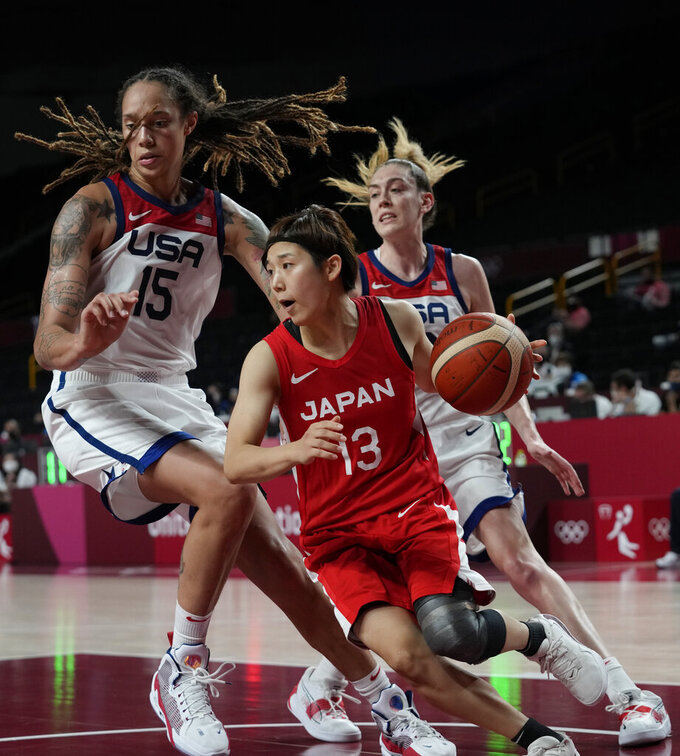 UNCASVILLE, Conn. (AP) — Yvonne Anderson understood that making a WNBA roster as an undrafted rookie was going to be tough and getting that chance a decade after she left college would be even tougher.

But the former Texas standout, now 32, was invited to camp this spring by the Connecticut Sun, who had been following her international career. She played in numerous countries, eventually becoming a Serbian citizen and making a name for herself on that nation's Olympic team last summer. She averaged 14 points and scored 15 in a loss to the United States at the Tokyo Games.

And despite arriving late from overseas commitments, she impressed the Sun enough to make the roster, becoming the oldest rookie in the WNBA since Marion Jones entered the league back in 2010 at age 34.

“Right now, I'm just trying to fill a role with my team and show them I know how to play," Anderson said before making her season debut in the Sun's home opener Saturday. “But, knowing that I've made it to the top league, it's another check mark for me. It's one of the last things I haven't done and it's an amazing feeling to be able to play at home."

Anderson, whose father is St. John’s men’s coach Mike Anderson, is one of several older WNBA rookies, most of whom also made a name for themselves playing professionally overseas or for national teams.

Those include Anderson's teammate for Serbia, Tina Krajisnik, and Rebekah Gardner, who are both 31-year-old rookies with the defending champion Chicago Sky. The Washington Mystics have 29-year-old Rui Machida from Japan, who like Anderson and Krajisnik, raised her profile at the Tokyo Olympics. She led Japan to a silver medal.

“Obviously, in the Olympics I had confidence playing against team USA,” she said through an interpreter during her introductory news conference in Washington. “I never thought I would play in the WNBA until I got the offer from the Mystics. This is going to be the best experience I've had, for sure.”

Mystics coach and general manager Mike Thibault said the 5-foot-4 guard had been on his radar for several years, but he knew he wasn't going to be able to lure her away from the Japanese national team until after the Olympics.

That performance he said “confirmed what we already thought, that she could perform on the big stage."

The four rookies are averaging just over 15 minutes and four points a game, led by Gardner who has played an average of 26.5 minutes and averaged 9.3 points in the Sky’s three games. That includes a 14-point effort in her debut against the Liberty.

Bringing in older rookies, especially those who have played oversees has a lot of advantages, their coaches say.

Sky coach James Wade, who lives in Europe during the offseason, said a big factor for him in deciding to bring in Krajisnik and Gardner was the ability to watch them play against top WNBA talent overseas, something he can't do when scouting college players.

Sun coach Curt Miller said its also nice not to have to worry about teaching his older rookie the little details that go with being a pro, such as taking care of your own nutrition and showing up on time.

“We’re excited about (Anderson's) poise and her ability to lead and I think it’s a fun story that she’s a rookie in her 30s and has finally made this league,” he said. “But she’s going to have to scratch and claw and fight to continue to keep her role to stay in this league now that she’s finally made it.

It's not a luxury that any of the older rookies can afford.