Volunteers from abroad ruled out for Tokyo Olympics 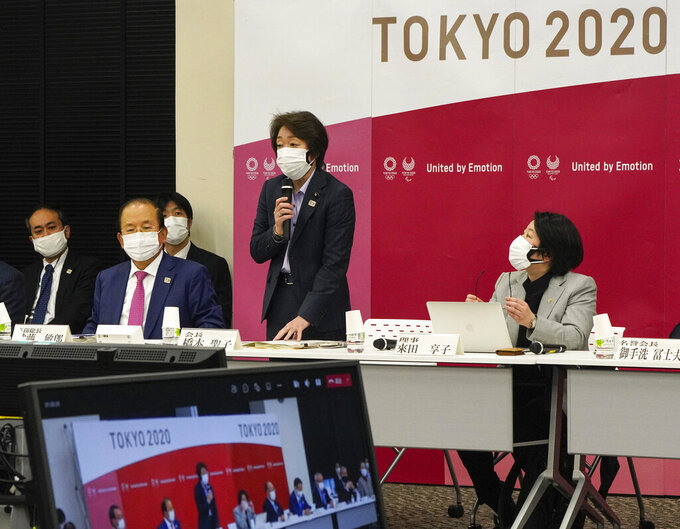 TOKYO (AP) — Volunteers from abroad will not be allowed into Japan for the postponed Tokyo Olympics, organizers said Monday.

The announcement came two days after Tokyo organizers said they would ban international fans from coming into Japan. Both measures are aimed at preventing the spread of COVID-19.

Organizers said a limited number of volunteers might be allowed if they have special skills.

“I’m really sorry, but we have decided there is no other choice but to drop the plan,” said Toshiro Muto, the CEO of the organizing committee.

Organizers had planned to use about 80,000 unpaid volunteers. The Tokyo Metropolitan Government had lined up 30,000 more. Most, of course, are from Japan. It’s not clear how many will be needed with few overseas fans in attendance.

Japan's Kyodo news agency, quoting “sources close to the matter,” said around 500 overseas volunteers would be given exemptions to enter Japan.

The Olympics are to open on July 23 with 11,000 athletes, followed by the Paralympics on Aug. 24 with 4,400 more. Athletes will operate inside a bubble, a plan that calls for limited contact with outsiders.

The first big test for the Olympics begins Thursday with the torch relay starting from northeastern Japan. The relay will last 121 days, involve 10,000 runners, and end at the opening ceremony in Tokyo's new National Stadium.