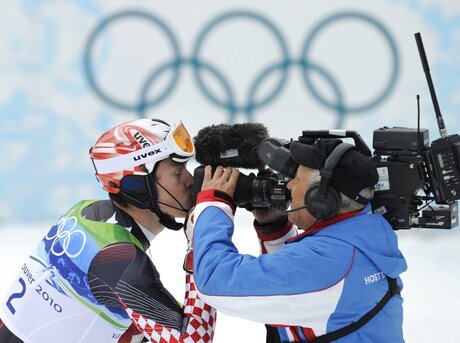 LONDON (AP) — Eurosport will hold exclusive television rights in Germany for the next four Olympics, shutting out public broadcasters ARD and ZDF.

Eurosport will provide coverage in Germany on its free-to-air channels and other outlets for the games from 2018-2024, the company said Monday.

The announcement came after no deal was reached for Eurosport to sub-license a portion of the rights to ARD and ZDF, the long-standing Olympic broadcasters in Germany.

Eurosport CEO Peter Hutton told The Associated Press that "you can never close the door" on a possible sub-licensing deal but the channel is moving ahead on its own as the exclusive broadcaster.

"Everyone is clear now," he said in a telephone interview. "These are the plans. This is how it will be delivered. Our position is that it is going to be all with us exclusively. We are making our production plans now."

The Eurosport plans include coverage of the 2018 Winter Games in Pyeongchang, South Korea; 2020 Tokyo Olympics; 2022 Winter Games in Beijing; and 2024 Olympics, whose site has not yet been selected.

U.S.-based media giant Discovery Communications bought Eurosport in 2014 for about $345 million. Discovery secured the European rights last year across 50 countries for four Olympics from 2018 to 2024 in a deal worth 1.3 billion euros ($1.45 billion).

Discovery has reached deals in several countries to sub-license the rights, including with the BBC in Britain through 2024. In Germany, however, negotiations on a deal with ARD and ZDF failed.

"We would have liked to continue broadcasting the Olympic Games live and comprehensively with all the know-how we have built up over decades and our expertise," ZDF director Thomas Bellut said in a statement. "But the price that U.S. company Discovery demanded to the end for sub-licensing was significantly too high."

ZDF did not specify what the price was.

Ulrich Wilhelm, the official responsible for sports rights at ARD, said Discovery's demands were well above the level the network could justify but "should Discovery change its position, our door is of course open."

Eurosport said "every moment of national importance" for Germany will be available on its free-to-air channel, Eurosport 1. Additional coverage will be provided on free-to-air DMAX and pay channel Eurosport 2. Viewers will also be offered an "all-access pass" to live Olympic action on all devices, at any time and any place.

Hutton said Eurosport's free-to-air coverage will easily exceed the IOC's guidelines, which call for a minimum of 100 hours of coverage for Winter Games and 200 hours for Summer Olympics.

"The decision by Discovery, ARD and ZDF is to be respected," Frank Steffel, who represents Chancellor Angela Merkel's conservative party on Parliament's sports committee, said Monday. "What matters now is that Eurosport guarantees the broadcasting of all Olympic sports comprehensively and at the highest level."

Hutton said the Olympic broadcast plans in Germany are part of Eurosport's goal to "revolutionize" the channel in the country.

"It has always been seen as a pan-European channel," he told the AP. "Our ambition from the start was to turn it into a German channel."