Home » Japan » IOC: All options on table in cost-cutting for Tokyo Games 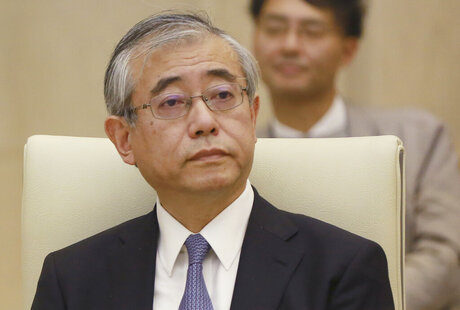 By: JIM ARMSTRONG (AP)
TOKYOCopyright 2020 The Associated Press. All rights reserved. This material may not be published, broadcast, rewritten or redistributed.
35.6895139.692

TOKYO (AP) — All options remain on the table — including moving the rowing venue to a site hundreds of miles (kilometers) outside of Tokyo — after a working group set up to review costs of the 2020 Olympics met for the first time, a top IOC official said Thursday.

The group, made up of representatives from the International Olympic Committee, Tokyo organizers, the city government and Japan's central government, is looking into various cost reductions, including moving three sports from planned new venues to existing ones.

The four-party group was set up after a report from a city expert panel last month said the cost of the Olympics could exceed $30 billion — four times the initial estimate — unless drastic cuts are made.

The panel proposed moving the rowing venue to Miyagi prefecture, 400 kilometers (250 miles) north of Tokyo, and switching the volleyball site to Yokohama Arena instead of a new gymnasium in Tokyo.

Christophe Dubi, the IOC's executive director of the Olympic Games, said the group discussed that option and it remains a possibility.

"The options remain," Dubi said, referring to the potential relocation of the volleyball and rowing sites. "The purpose of this working group was not to decide. The purpose was to study and ask further questions that will help fully clarify the situation for the benefit of all parties."

Dubi said the four-party group will make its decisions at the end of November.

While the organizing committee has balked at the city's cost-cutting ideas, put forth by Gov. Yuriko Koike's review panel, the IOC seems willing to listen.

"When you have one objective — and it is to organize the best games possible and to leave the most possible legacy for the citizens of Tokyo, the vision of Tokyo — any effort that goes in this direction is welcome," Dubi said.

The proposal to move the rowing to an existing facility in Miyagi came after the projected cost for the original Sea Forest venue on Tokyo Bay soared to nearly 50 billion yen ($480 million), seven times the initial estimate.