Home » Japan » You're in! Baseball/softball, 4 other sports make Tokyo cut 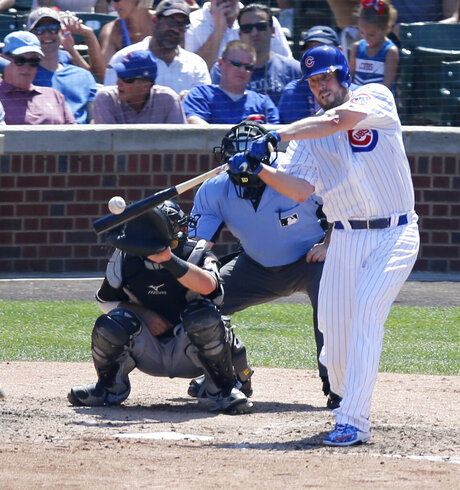 RIO DE JANEIRO (AP) — Baseball and softball are returning to the Olympics in 2020, while skateboarding, surfing, karate and sport climbing are joining the games for the first time.

The IOC approved the addition of the sports Wednesday for the Tokyo Games, calling it an "innovative" mix of traditional and youth-oriented events that will attract Japanese and global fans.

The five, including a combined baseball-softball bid, were put forward for inclusion last year by Tokyo organizers. Under new IOC rules, host cities can propose additional sports for their own games.

IOC members voted unanimously to accept the five sports as a package. The approval was for the Tokyo Games only.

The new sports will add 18 events and 474 athletes to the program. The Tokyo Games will now feature 33 sports and about 11,000 athletes, compared to the usual number of 28 sports and 10,500 athletes.

While men's baseball and women's softball — both highly popular in Japan — will be returning after a 12-year absence, the other sports will be making their Olympic debuts.

The IOC called it "the most comprehensive evolution of the Olympic program in modern history."

"Taken together, the five sports are an innovative combination of established and emerging, youth-focused events that are popular in Japan and will add to the legacy of the Tokyo Games," IOC President Thomas Bach said.

Baseball and softball have been off the Olympic program since the 2008 Beijing Games. The two were rejected in separate bids to return for the 2016 Rio de Janeiro Olympics, so they combined forces to put forward a single bid for inclusion in Tokyo.

Baseball will have a six-team tournament, short of the eight-team format sought by officials from the sport's international federation. Women's softball will also have six teams. The games will be played at a shared venue In Yokohama.

"Today's historic decision by the IOC is a 'home run' for the Olympics, our sport and the Tokyo 2020 Games," said Riccardo Fraccari, president of the World Baseball Softball Confederation.

Craig Cress, executive director of USA Softball, said many young players had suffered after the sport was removed from the games.

"Their hearts were broken that they weren't allowed to participate for their country at the Olympics in the sport that they had a passion for," he said. "Now, that's back. In 2020, it's our job as ambassadors of the sport to put on a great show in Tokyo."

Before the vote, several IOC members questioned whether baseball would have the world's top players at the games. While pro leagues in Japan and some other countries have agreed to shut down their seasons to send their players to the Olympics, MLB has declined to do so.

Franco Carraro, who chairs the IOC's program commission, said he hopes the international federation can still reach an agreement with MLB, in line with the deals with the NBA and NHL that brought pro basketball and ice hockey players into the Olympics.

If not, Carraro said, said it will be "difficult for baseball to be included in the future" beyond the Tokyo Games.

Fraccari said talks with MLB are "very open and going in a very good way."

"Our goal is not to appear one time but to be permanently in the program," he said. "The goal is to have the best players possible."

Skateboarding will have street and park events, and feature 80 athletes — 40 men and 40 women. In climbing, 40 competitors will take part in the disciplines of speed, bouldering and lead (also known as sport). Karate will have 80 athletes competing in men's and women's Kumite and Kata events, while surfing will have two shortboard events for 40 competitors.

The surfing competition will be held on natural waves at a beach location in Chiba prefecture.

"Our Olympic dream has now become a reality," International Surfing Association president Fernando Aguerre said. "This is a game-changing moment for surfing."

Skateboarding and sports climbing events will be held in temporary venues in urban settings in Tokyo, while karate will be contested at the Nippon Budokan in the capital.

"I've always believed that if skateboarding was properly protected and supported, its appearance on the Olympic stage could change the world," International Skateboarding Federation president Gary Ream said.

For the Olympics, a special "Tokyo 2020 skateboarding commission" was formed to run the sport. It is a collaboration between the International Roller Sports Federation (FIRS) and the ISF.

A lawsuit was filed last week in California by the World Skateboarding Federation (WSF). It alleged the ISF abruptly canceled scheduled drug testing at an event last year because of fears that several riders would test positive.

The lawsuit also alleged that Ream struck up a friendly relationship with Christophe Dubi, the IOC Olympic Games executive director, and provided Dubi's son with free training at a skateboarding camp he owned.