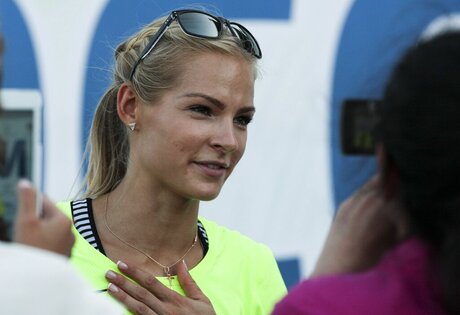 RIO DE JANEIRO (AP) — From a battery of surveillance cameras to extra security guards, Olympic officials have taken a series of measures inside Rio's doping lab to prevent a repeat of the manipulation of samples that sabotaged the drug-testing system at the 2014 Sochi Winter Games.

Dr. Richard Budgett, the International Olympic Committee's medical director, said Monday that officials are "very confident" the increased security will protect the thousands of urine and blood samples being stored and tested at the laboratory for the Rio de Janeiro Games.

"We take it extremely seriously," Budgett said. "We are making sure everything is being done so that the integrity of those samples is maintained."

The additional measures were implemented following the scandal over state-sponsored doping in Russia, including evidence that tainted samples were swapped out for clean ones during the Sochi Games. A report by World Anti-Doping Agency investigator Richard McLaren found that samples of Russian athletes were passed through a concealed hole in the wall during the middle of the night in Sochi, with the help of Russian intelligence officers.

The Sochi sample swapping was part of a systematic program of doping and cover-ups overseen by Russia's sports ministry that also extended to dozens of summer and winter Olympic sports, according to McLaren's report.

"All of us fighting for the clean athletes were deeply shocked by the McLaren report and felt betrayed in many ways," Budgett said. "We are doing everything we can do to make sure it doesn't happen again."

Samples in Rio are being transported directly from the doping control stations at the venues to the lab, where they are being opened "without delay" for analysis, a process that Budgett said "reduces and probably eliminates the possibility of tampering with the samples."

Budgett said a "huge security presence" involving national guard and private security officers is in place, along with an "extensive network" of surveillance cameras.

A guard is posted round-the-clock in front of the freezer to check everyone who enters the area to take out samples. Technicians must enter two at a time. A "large number" of international experts, including four doping lab directors and WADA observers, are on site, "sometimes staying all night," Budgett said.

"The whole thing is very carefully controlled," Budgett said. "There will be forensic examination of samples as well to make sure there has been no tampering."

In addition, officials are using new doping control kits that should be tamper proof, he said. McLaren's report found that Russians were able to open the doping containers to change the samples.

McLaren's report — which was based largely on testimony from former Russian anti-doping lab director Grigory Rodchenkov — prompted calls for Russia to be banned entirely from the Rio Games. The IOC instead allowed international federations determine which individual Russian athletes met the criteria to compete.

"Of course, we look at ourselves and wonder how we could have done better in Sochi," Budgett said. "At the time we thought we had great expertise in place, but when you have a director of a lab involved in that way, clearly that is a challenge. Lessons have been learned."

As with other games, the IOC will store Rio doping samples for 10 years so they can be retested when improved techniques become available. More than 4,000 samples are being collected in Rio.

"The message to all cheats is, 'Beware, you will be caught eventually," Budgett said.

No further positive cases have been recorded in the final two rounds of retesting of stored samples from the 2008 Beijing Olympics and 2012 London Games, Budgett said. A total of 98 athletes tested positive in the first two waves of reanalysis. Six athletes have been formally disqualified and stripped of medals so far.

Budgett also said a verified test for gene doping should be ready "in a matter of months rather than years."

A new test has been developed in Australia to detect if cheats are injecting synthetic genes which cause the body to produce more of the naturally-occurring hormone EPO, which in turn boosts the body's ability to carry more oxygen in its blood.

The new procedure, when approved by WADA, will be used to test samples from the Rio Olympics after the games.