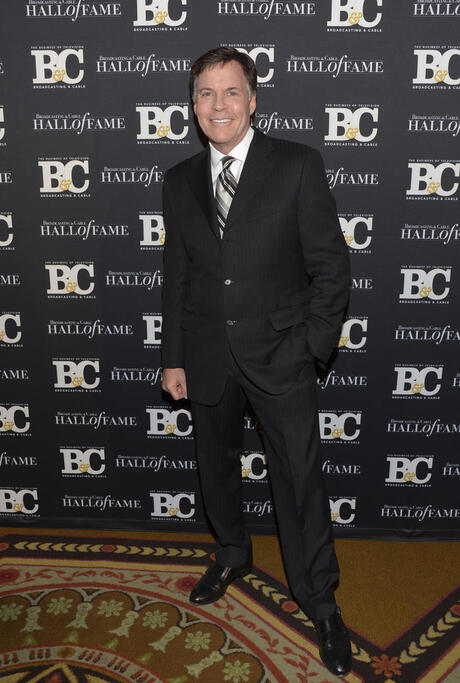 NEW YORK (AP) — Mike Tirico is taking over from Bob Costas as the prime-time host of NBC's Olympics coverage starting next winter in South Korea.

Costas, who has been the on-air concierge to NBC's Olympics 11 times starting in 1992, said he decided on his own a year ago that the time was right for a change.

"This is entirely on my terms and I like it that way," Costas said Thursday. He said he wants to do some commentary on special events — maybe even the Olympics — and long-form programming, likening his new role to what former news anchor Tom Brokaw does at NBC. He also wants to broadcast more baseball to get his fastball back, saying he listened to old tapes and realized he wasn't doing that as well as he used to.

The 50-year-old Tirico had been considered an heir apparent since joining NBC Sports from ESPN last year. He helped with the network's coverage of the Rio Olympics last summer.

The Olympics role requires the host to set the stage for the night's telecast, guide viewers on switches to different venues, handle news if it breaks and conduct on-air interviews. It was a job popularized by ABC's Jim McKay in the 1970s. Costas and Tirico both paid tribute to McKay Thursday, with Tirico recalling a time he sat next to him on a plane and pumped the veteran for stories about the Olympic experience.

Costas' decision denies him a victory lap in Pyeongchang in 2018, although he may not miss the Winter Olympics. In Sochi, Russia, in 2014, Costas was sidelined for six days because of an eye infection.

"I hope I enhanced people's enjoyment and understanding of the events," he said, "and I hope that I presented a sense of the drama, the theater, the excitement and, when appropriate, acknowledged all of the issues involved."

He said his favorite Olympics memory was in Atlanta in 1996, when Muhammad Ali, despite his Parkinson's disease, was a surprise torchbearer who lit the flame at the stadium.

"Somehow even in that condition he was just as charismatic and magnetic as he's always been," Costas said.

Costas and Tirico, 50, have a tie that goes way back. They both graduated from Syracuse University, where Tirico was the first recipient of a scholarship in Costas' name.