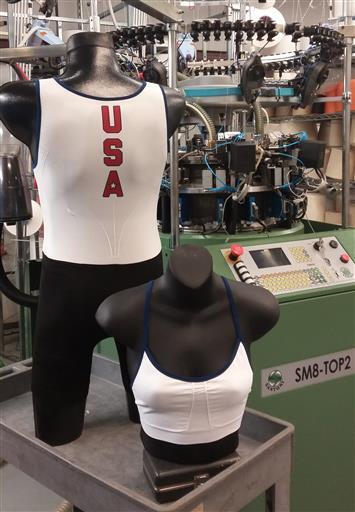 By: KARL RITTER (AP)
Copyright 2020 The Associated Press. All rights reserved. This material may not be published, broadcast, rewritten or redistributed.

U.S. Olympic rowers will be given a new, high-tech training suit with anti-microbial features designed to protect them against water pollution in Rio de Janeiro.

Athletics apparel maker Boathouse Sports says the new, seamless one-piece suit is knitted with an anti-microbial finish. It also has water-repellant features to keep the rowers cool and dry.

Testing last year by The Associated Press found that the lagoon where the Olympic rowing and canoeing events will be held next month was heavily contaminated.

Boathouse Sports says the training suit to be unveiled Monday is so close-fitting it feels "like a second skin" and even features a "double-layered bottom construction" that allows rowers to skip underwear.

"The preference of athletes today is to wear as little as possible," company founder and CEO John Strotbeck told The Associated Press on Sunday.

The Philadelphia-based company also makes U.S. Rowing's official racing uniform, a more standard garment without anti-bacterial features but a bolder graphic design, including an American flag on the back.

However, Strotbeck said once the rowers try out the new suits they may decide to use them for racing as well. The entire team must use the same uniforms.

"What I think they will find is the way it feels is remarkable," said Strotbeck, who rowed for the U.S. in the 1984 and 1988 Olympics.

In a statement, U.S. Rowing's chief marketing officer Beth Kohl said: "We're excited to be part of this new direction in rowing gear and look forward to seeing our athletes in this new unisuit while training for the podium in Rio."