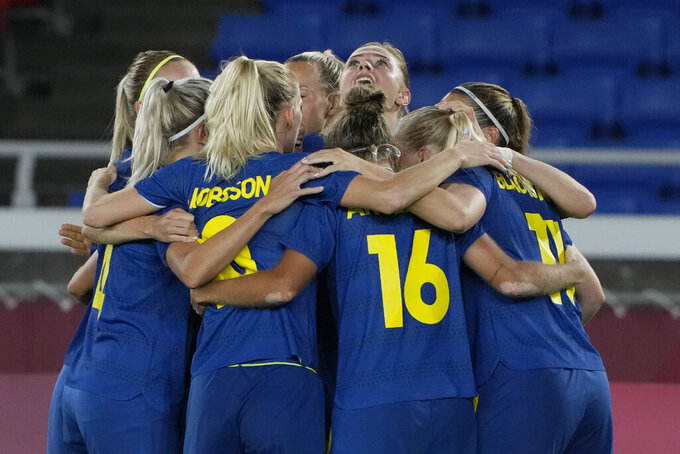 TOKYO (AP) — The Swedish and Canadian women's soccer teams have asked that the gold-medal match in Tokyo on Friday be moved to a different time because of heat.

The match is scheduled for 11 a.m. at the Olympic Stadium, where track and field events are being held. Temperatures are expected to be in the upper 90s F (high 30s C) with high humidity.

The timing of the final recalled the men’s gold-medal match between Argentina and Nigeria at the 2008 Beijing Games. The game was played at midday in the Bird’s Nest, with temperatures above 100 degrees F (37 degrees C).

The head of Sweden's team, Marika Domanski Lyfors, said she had reached out to FIFA about a possible change. The Swedish soccer federation also contacted the International Olympic Committee.

Canada Soccer issued a statement in support of the request.