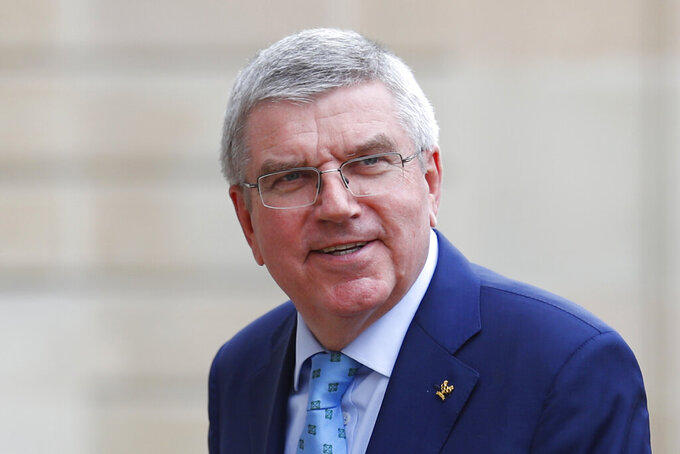 GENEVA (AP) — The IOC denied claims on Friday that President Thomas Bach intervened to help steer an Olympic official implicated in corruption away from France where the investigation has been led.

The newspaper published part of a statement by former IOC member Frank Fredericks saying Bach believed he “should be careful not to go to France” when an alleged bribe payment was first reported in March 2017.

Fredericks was charged by French financial prosecutors three years ago over a $299,300 payment he got on the day in October 2009 that IOC members picked Rio de Janeiro as the 2016 Olympics host.

Days after the payment was revealed, four-time Olympic silver medalist Fredericks was stood down by the IOC from his duties including leading a panel assessing 2024 Olympic bidders Paris and Los Angeles.

“She (Girard Zappelli) then told me that the president (Bach) called her to inform her that I am planning to fly to Europe and I should be careful not to go to France,” Fredericks wrote of the return call he made from his home country Namibia.

The IOC gave a different explanation to the newspaper’s interpretation of the telephone calls.

“There was no order from the IOC President, but (Girard Zappelli) advised Mr. Fredericks … not to continue in his preparations for the IOC Evaluation Commission’s visit to Paris, whilst these allegations were pending,” the IOC said in a statement.

Fredericks, a sprinter who was runner-up in the 100 and 200 meters at both the 1992 and 1996 Olympics, has denied wrongdoing. He said the money was for consultancy work with track and field’s governing body, then known as the IAAF.

The payment is alleged to have originated from a Brazilian businessman, then transferred to Fredericks by Papa Massata Diack. His father is Lamine Diack, the long-time former IAAF President and IOC member.

The Diacks were convicted last month in a Paris court on corruption charges including extorting athletes to hush up doping cases.

The 87-year-old Lamine Diack was sentenced to two years in prison and his son got a five-year sentence in his absence. Senegal has refused to extradite Papa Massata Diack.

In a statement to the German newspaper, the IOC said: “Contrary to your insinuation, the IOC has closely cooperated with the French judicial authorities.”