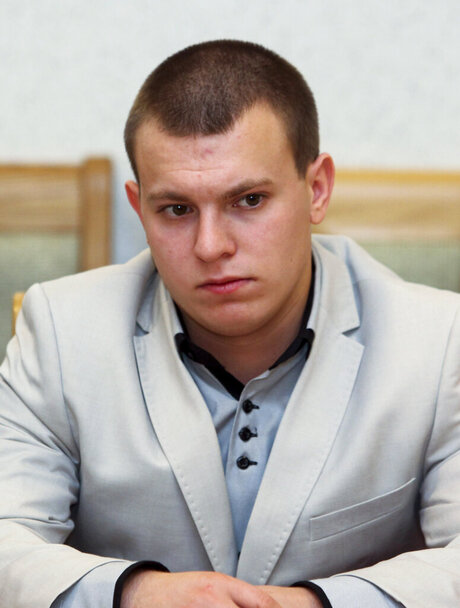 BUDAPEST, HungaryCopyright 2020 The Associated Press. All rights reserved. This material may not be published, broadcast, rewritten or redistributed.
47.49819.0399

BUDAPEST, Hungary (AP) — A Belarusian weightlifter who was mysteriously withdrawn from the Rio de Janeiro Olympics has been suspended for alleged "urine substitution" in a doping sample.

He could be banned for four years, since athletes found tampering with their samples are usually punished as if they tested positive. While the details of Chadovich's case are unclear, previous cases have involved athletes using hidden tubes to fill their sample with clean urine.

Chadovich is a former European championship silver medalist who was to compete in the men's 62-kilogram category at the Olympics and was considered a potential medal winner. However, he was removed from the Belarus team at short notice with no explanation.

The IWF did not say whether the alleged offense occurred in Rio. A Belarus Olympic Committee spokeswoman said she did not have details of the case and referred questions to the country's weightlifting federation, which could not be reached for comment.

It comes as Belarus already faces a one-year ban from international weightlifting after several lifters failed retests of their doping samples from the 2008 and 2012 Olympics.

The IWF also confirmed a provisional suspension for Poland's former European silver medalist, Krzysztof Szramiak, who previously competed at the 2008 Olympics without winning a medal.

Szramiak's positive test for the banned substance GHRP-6 had previously been announced when the head of the Polish weightlifting federation resigned this month over failed tests by leading competitors. Szramiak previously served a two-year ban and could be banned for life for a second offense.