2 skiers to miss Canada's WCup races due to vaccine mandate 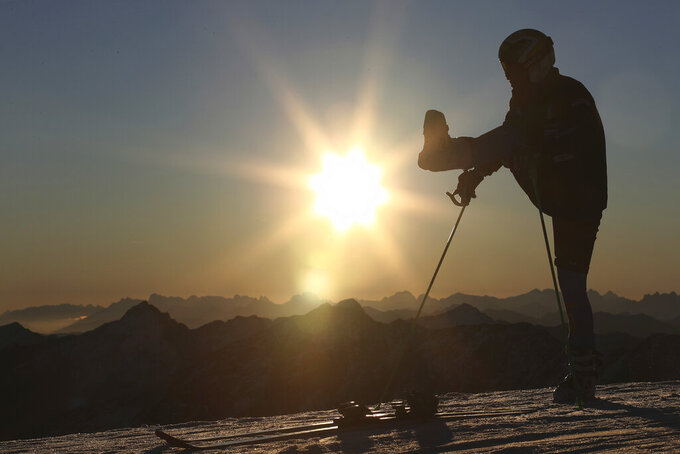 GENEVA (AP) — Two Swiss skiers that do not want to be vaccinated against the coronavirus will miss the first men’s downhill race of World Cup ski season in Canada because the country requires international visitors to have two doses to enter.

Swiss teammates Urs Kryenbühl and Ralph Weber posted social media messages on Thursday saying they had recovered from COVID-19 infections and do not want to be vaccinated ahead of the races in Lake Louise, Alberta, on Nov. 27-28.

Vaccination status could be a major issue for winter sports athletes ahead of the Beijing Olympics, which open on Feb. 4.

China has said it will impose a 21-day quarantine — mostly to be served during the peak season of World Cup events in Europe — on any non-fully vaccinated athlete, official or worker arriving for the Olympics.

“I wouldn’t like to be labeled as a conspiracy theorist or someone like that, but we are living in extremely strange times,” the 28-year-old Weber wrote on his website. “Scenarios from sci-fi films which previously most people saw as an unrealistic and unliveable future are now the reality.

“It doesn’t matter in Canada whether you have recovered or not ... So with a heavy heart I will forego the races in Lake Louise.”

Team leaders were cautioned at a pre-season online meeting by International Ski Federation officials that double vaccinations were the best solution to avoid travel issues in Canada and elsewhere this season.

Any men’s downhill skier who is not vaccinated and wants to compete at the Beijing Games likely must skip the sport’s signature World Cup races in mid-January to be eligible for the Olympics. The Swiss resort of Wengen and the Austrian resort of Kitzbühel are each scheduled to stage two downhills between Jan. 14 and 22. The Olympic men’s downhill is scheduled for Feb. 6.

Neither Kryenbühl nor Weber has previously raced at the Winter Olympics. Kryenbühl is a stronger contender for Beijing after two third-place finishes in World Cup downhills last season.

Lake Louise was to be Kryenbühl’s comeback race after a crash on the final jump in Kitzbühel in January left him with head and knee injuries.

“I have personally made the decision not to have a vaccination at the moment,” wrote the 27-year-old Kryenbühl, who said he had COVID-19 several months ago.

Weber wrote he was infected just a few weeks ago with symptoms including fever, fatigue and loss of smell and taste.

Both said they expect to make their season debuts in Colorado. The Beaver Creek resort will stage a downhill and two super-G races from Dec. 3-5.