Dressel wins, but Manuel fails to advance in swim stunner 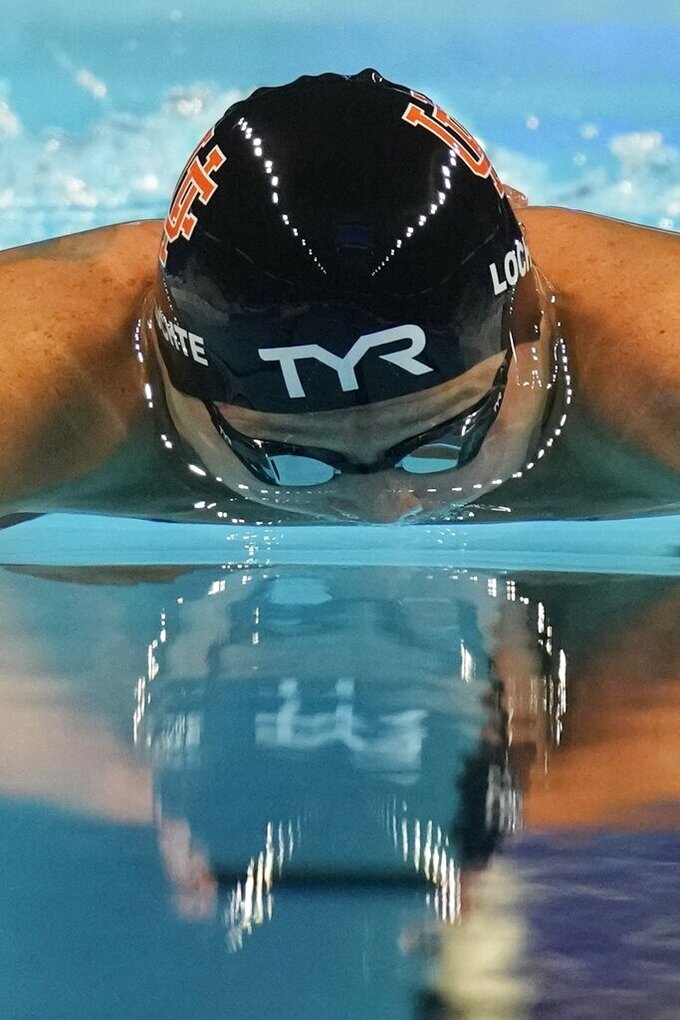 OMAHA, Neb. (AP) — Caeleb Dressel locked up his spot for Tokyo, where he's expected to be one of the biggest stars in the Olympic pool.

Simone Manuel got left behind.

In the biggest surprise yet at the U.S. swimming trials, the defending Olympic women's champion in the 100-meter freestyle stunningly failed to advance from the semifinals Thursday night.

Manuel, who tied for the gold at the Rio Olympics to become the first Black female ever to win an individual swimming event, finished fourth in the first semifinal heat at 54.17 seconds.

She just missed a spot in Friday night's final when five swimmers went faster in the second semifinal heat.

Erika Brown took the eighth spot in 54.15 — two-hundredths faster than Manuel, who revealed that she was diagnosed in March with overtraining syndrome and had to totally shut down for three weeks.

“I'm an Olympic champion,” a tearful Manuel said, seeking solace in her 2016 accomplishments. "It's still a tough pill to swallow.”

There were no such concerns for Dressel, who romped to victory in the men's 100 free in 47.39.

He finally got a chance to shine on Day 5 of the trials after a long week of waiting. When Dressel saw a “1” beside his name, he hopped on the lane rope, splashed the water and pumped his arms to whip up the crowd.

“It's a huge weight off my shoulders," Dressel said. “I'm excited to get the job done and move forward.”

In the wake of Michael Phelps' retirement, Dressel has emerged as the next big thing in men's swimming. After winning two golds medals at the 2016 Rio Games, he really shined at the last two world championships.

In 2017, Dressel captured seven gold medals in Budapest — joining Phelps and Mark Spitz as the only swimmers to win that many races at a major international meet.

Dressel followed up with six golds and two silvers at the 2019 championships in Gwangju, becoming only the second swimmer to take as many as eight medals after Phelps.

A giant picture of Dressel adorns the outside of the downtown Omaha arena where the trials are being held.

“All the fluff that comes with it, your name on the building, is cool,” he said. “But it adds a little bit different pressure to it.”

While Dressel isn't expected to swim enough events in Tokyo to challenge Phelps' record of eight golds from the 2008 Beijing Olympics, he could be in the mix for as many seven if he's included on all the relays.

Dressel isn't thinking that far ahead. He's still got two more individual events at the trials, and he's heavily favored in both.

“You can't win five, six or seven medals if you don't qualify for the events,” he said. “I'm focused on qualifying right now.”

A fading star of the American team is still in the running for Tokyo.

Thirty-six-year-old Ryan Lochte advanced to the final of the 200 individual medley, his only realistic chance to qualify for his fifth Olympics and redeem himself for the embarrassment of Rio, where he lied about being robbed at gunpoint during a boisterous night on the town.

But Lochte has his work cut out for him. Michael Andrew dominated the semifinals with a time of 1:55.26 — fastest in the world this year. Lochte was the sixth-fastest qualifier at 1:58.65, nearly 3 1/2 seconds behind Andrew.

Only the top two will make the Olympic team Friday.

At least Lochte got to the final.

Manuel’s failure to advance in the 100 free means she won’t be in the mix for the relays, either. She still has a chance to qualify for the team in the 50 free — an event she took silver in at Rio as part of a four-medal haul.

Overcome by emotions, Manuel said she arrived in Omaha knowing it would be a struggle just to make the team because of health and emotional issues. She conceded that the racial turmoil since George Floyd's death took a toll on her.

“That’s what’s giving me peace,” she said. “I know I did everything I possibly could to even be here, and that makes me proud. I continued to stay strong during this process even when there were times when I wanted to give up.”

Natalie Hinds and Olivia Smoliga were the top qualifiers in 53.55.

In the men's 200 breaststroke, Nic Fink made the Olympics for the first time at age 27, winning with a time of 2:07.55 in a 1-2 finish with club teammate Andrew Wilson.

Fink failed to finish in the top two at either the 2012 or 2016 trials, and he had another heartbreak with a third-place showing in the 100 breast this year.

Now, finally, he's got his long-sought spot on the Olympic team.

“It’s something I can’t really describe,” Fink said. “Relief is only the beginning of what I’m feeling right now."

Wilson, who swims with Fink on the Athens Bulldog Swim Club in Georgia, earned a likely second individual event at the Tokyo Games with a runner-up finish in 2:08.32. Wilson also finished second in the 100 breast.

Kevin Cordes, who made the 2016 Olympic team in both breaststroke events, came up short this time. He was a distant fourth, nearly 2 seconds behind Wilson.

Hali Flickinger won the 200 butterfly to expand her program for Tokyo. She already had a runner-up finish in the 400 individual medley at these trials.

Flickinger finished seventh in the 200 fly at the Rio Olympics. She's hoping to contend for a medal after moving to Arizona to swim for Bob Bowman, who was Phelps' longtime coach.

“It's helped tremendously, and my swimming is really showing that," Flickinger said. “I love the group that I train with every single day, along with Bob. I'm really grateful.”

The U.S. team added another first-time Olympian when Bobby Finke of Clearwater, Florida won the men's 800 freestyle, an event that will make its Olympic debut in Tokyo.

He covered 16 laps in 7:48.22, holding off runner-up Michael Brinegar (7:49.94). Ross Dant just missed an Olympic spot, finishing a mere 72-hundredths behind Brinegar in a thrilling finish.

Murphy led the way in the 200 backstroke at 1:55.60, setting him up for another Olympic event after his win in the 100 back. He was a double gold-medalist in those races at Rio, and the American men haven't lost a backstroke event since the 1992 Barcelona Games.

Likewise, it was King advancing in the 200 breaststroke at 2:22.73, which she hopes to add to her Olympic schedule after winning the 100 breast.