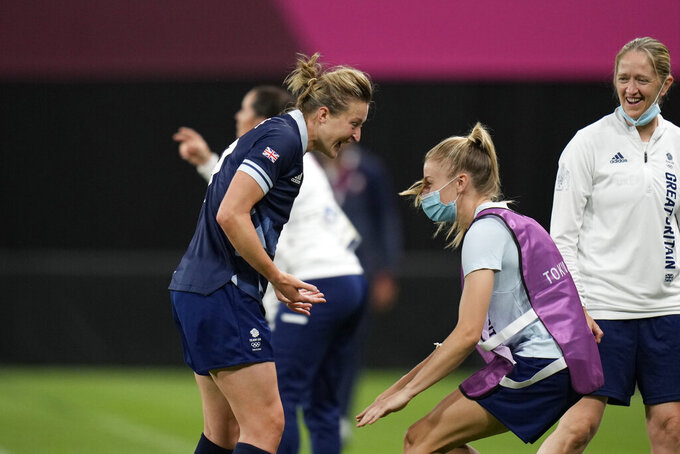 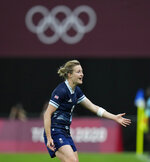 SAPPORO, Japan (AP) — Ellen White scored a pair of goals and Britain opened the Olympic women's soccer tournament with a 2-0 victory over Chile on Wednesday.

Lauren Hemp's header put the ball in front of White for a close-in goal in the 18th minute. White's second goal was a volley to the far post in the 75th.

Chile, ranked No. 37 in the world, was making its Olympic debut. Known as La Roja, Chile qualified for Tokyo by beating Cameroon 2-1 in a two-legged intercontinental playoff.

Britain’s roster for Tokyo is composed mostly of English players, but Kim Little and Caroline Weir are from Scotland and Sophia Ingle is from Wales.

Because British Olympic teams include Scotland, Wales, England and Northern Ireland, all four must be in agreement to participate. The only other Olympics that has included a British team was London in 2012.

England, ranked No. 6, was among the top three UEFA finishers at the 2019 World Cup, which earned Britain its spot.